The Magnificent Magic of Metaphorical Speech 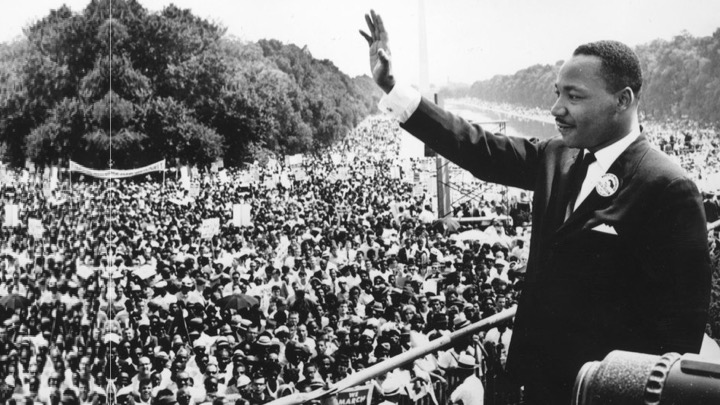 Metaphors and analogies are a powerful way for a public speaker or business presenter to communicate complex concepts to their audiences. Metaphorical language can increase understanding, make concepts more relatable, and cast concepts in a new or better light. But perhaps the most powerful aspect of metaphorical language is its ability to evoke strong emotions.

MLK was a Master of Metaphor

Martin Luter King’s famous “I Have a Dream” speech is an incredibly moving oration with many great examples of the magic of metaphors and analogies to create relatable emotions that capture exactly how his audience felt. One powerful example of metaphorical language he used in the speech is the following:

“In a sense, we’ve come to our nation’s capital to cash a check. When the architects of our republic wrote the magnificent words of the Constitution and the Declaration of Independence, they were signing a promissory note to which every American was to fall heir. This note was a promise that all men, yes, black men as well as white men, would be guaranteed the unalienable rights of life, liberty, and the pursuit of happiness. It is obvious today that America has defaulted on this promissory note insofar as her citizens of color are concerned. Instead of honoring this sacred obligation, America has given the Negro people a bad check, a check which has come back marked insufficient funds.”

Rather than carrying on a high-level discussion of Constitutional law, Dr. King nails it by using the simple concept of being on the receiving end of a bounced check. Everyone in the audience could relate to what a bad check is, but more importantly exactly how it feels to receive one. A flood of emotions happen when receiving a rubber check. You feel cheated, disrespected, belittled, hopeless, frustrated, disappointed, in disbelief, and downright angry. Think that captured the way African Americans felt in 1963?

But don’t think you have to be leading a major social justice movement to use metaphorical language in your speeches and presentations. Taking a cue from Dr. King, I once used such language to describe the importance for companies to have an up-to-date crisis communication plan. I wanted my audience to be able to relate to this concept in a personal way and I wanted them to feel the emotion of not having such a plan when they really needed it. Here’s what I came up with: “Not having an up-to-date crisis communication plan is like reaching for a flashlight when the lights go out and discovering that the batteries are dead.”

Think about the concepts you present frequently in your public speaking or business presentations. Is there a way to make them more relatable and more emotionally engaging for your audience? There just might be when you find the right metaphorical language. And when you do, you’ll have a more powerful presentation that turns heads, wins hearts and gets results.

What MLK Taught Us About Change Communication

“I Have a Dream” Speech

“I Have a Dream Speech [text]